The most laid-back study in the world.

Patgific [pa’tschi’fig] is a word used in Graubünden to describe something that is laid-back and very relaxed. But the Romansh word also refers to the laid-back attitude of the Graubünden people that allows them to take a patgific approach to life. The new digital campaign by Wirz aims to inform the rest of Switzerland about the Graubünden lifestyle and make the word more widely known throughout the country.

The focus of the campaign is the “patgific study”, which aims to prove once and for all that Graubünden is the most laid-back and relaxing canton in the world. And, accordingly, the study itself was also really laid-back and totally unscientific. After all, a real study usually involves months of diligent work, and that would have been far too much hassle and not patgific at all. For example, one of the measurement methods was “just sitting on a bench”, and “gut feeling” was cited as a source.

The study is available for download from www.graubuenden.ch/de/patgific-studie It also contains a few particularly laid-back “patgific offers” for Val Surses Savognin Bivio, Vals and the Rhaetian Railway. 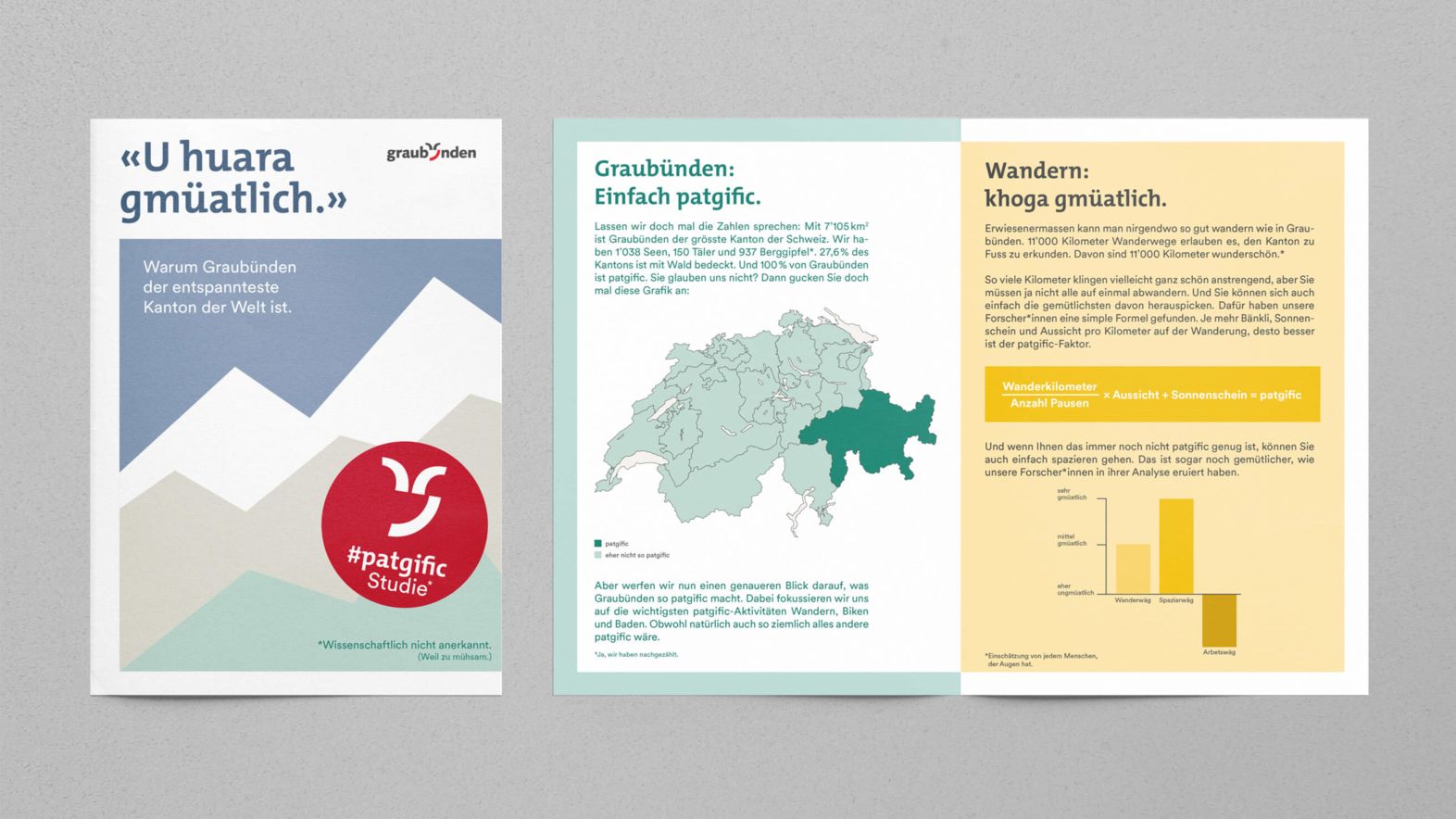 Work or leisure? In Graubünden, you can have both.

Family vacations out of the picture book.

A journey to new ways of travelling.