The CVP, founded in 1912, is now called „Die Mitte. Rarely has a new brand identity caused such a stir in Switzerland.

For years, the CVP has seen its share of the electorate decline; the party is finding it increasingly difficult to appeal to new groups of people. As analyses have shown, this is due less to the political program and commitment than to the „C“ in the party name and the ideas associated with it. The party leadership has therefore decided to develop a comprehensive new brand identity and has entrusted Wirz Brand Relations with this work.

The cohesion of Switzerland is visibly threatened by the increasing polarization of society. The polemics of the left and right-wing parties have been blocking important decisions for the future for some time now. It is therefore all the more important for the party to take a strong position in the center of the political spectrum and, in doing so, to make a significant contribution to „keeping Switzerland together.

This policy, which appeals to many voters, is to be expressed more clearly and consistently than before in the new brand identity. In essence, this is done via two defining elements: On the one hand, via the new name „Die Mitte,“ which communicates the party‘s position simply and strikingly. On the other hand, through the visual symbol of the bracket, which conveys the central promise of holding things together: A bracket holds together what belongs together. It does not exclude, but remains open to different contents and opinions.

Based on this, a comprehensive, modular system was created, which sets clear accents with its core elements and ensures a high level of recognition. The strong and unique color combination of orange and blue also contributes to this. In addition, the new brand identity gives the cantonal parties in particular a great deal of freedom in its implementation and application - a key requirement of the party leadership for the overall project.

In the course of the rebranding project, Wirz Brand Relations carried out a broad-based, multi-stage naming process and comprehensively redeveloped the visual brand identity with its deployment principles. In addition, the agency developed and implemented the concept and design of the new website. All new brand elements of „Die Mitte“ are available to the cantonal and local parties for flexible use. The different sections are completely autonomous in their communicative appearance and will be integrated into the overall appearance in the coming months and years. 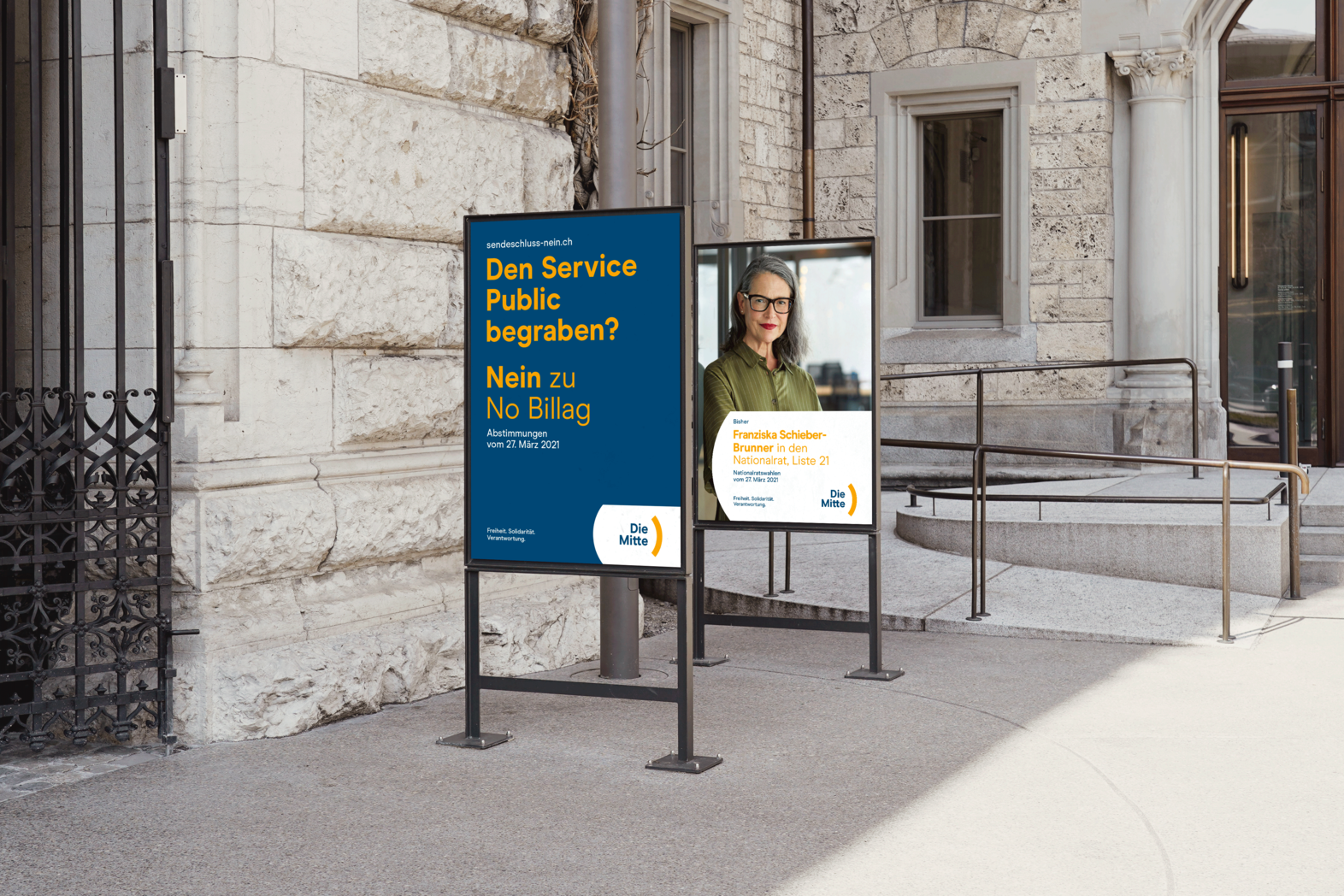 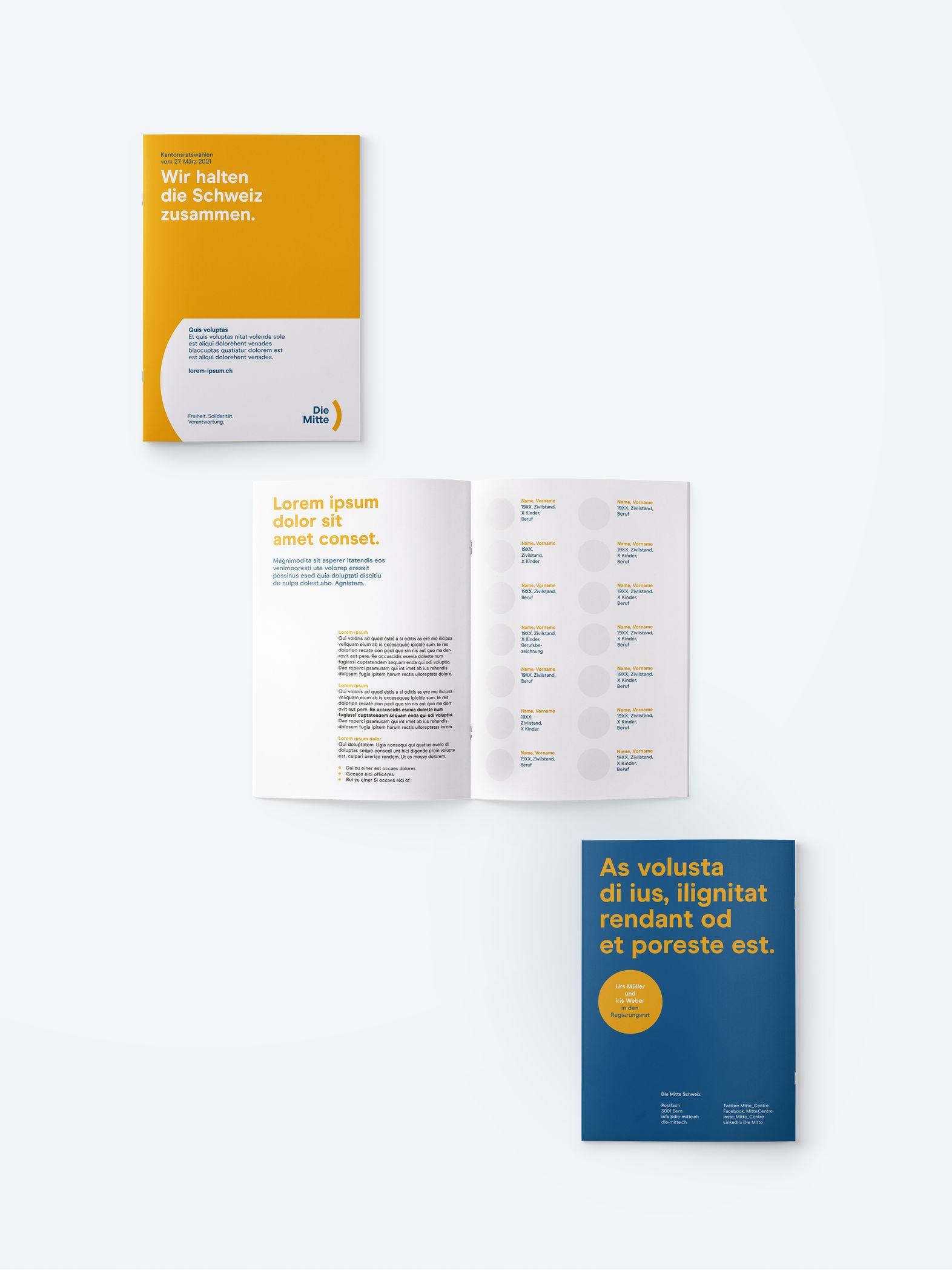 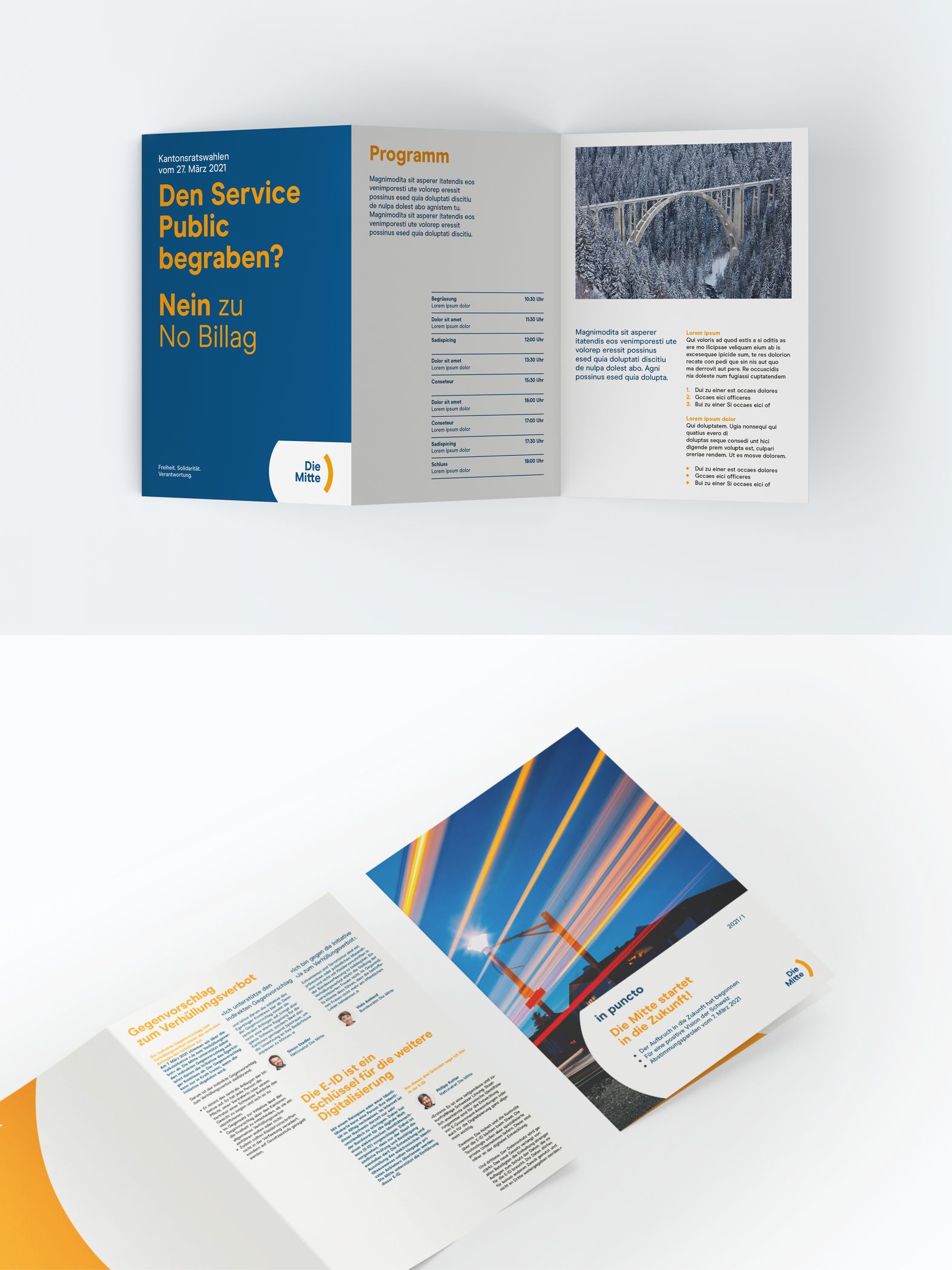 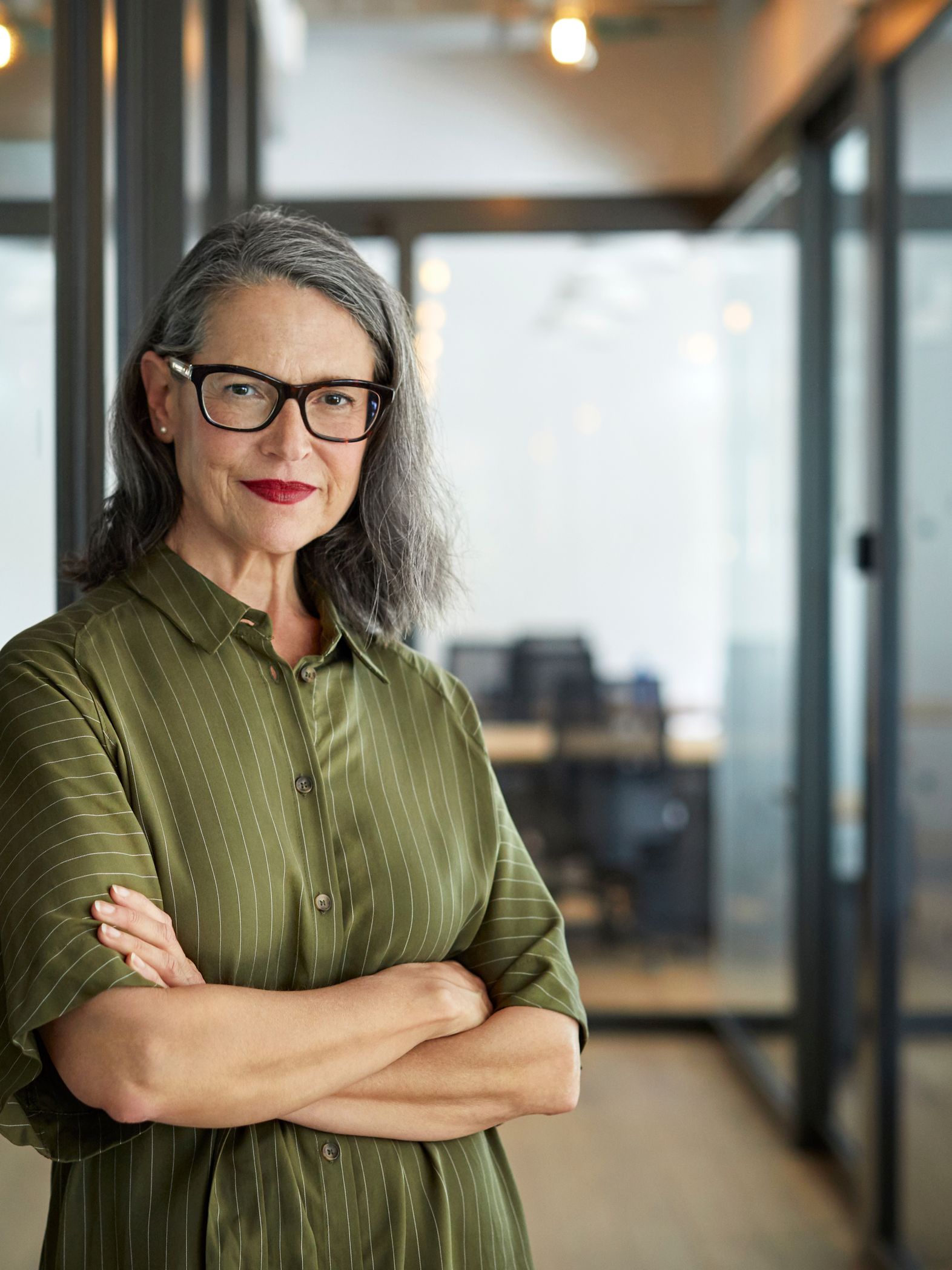 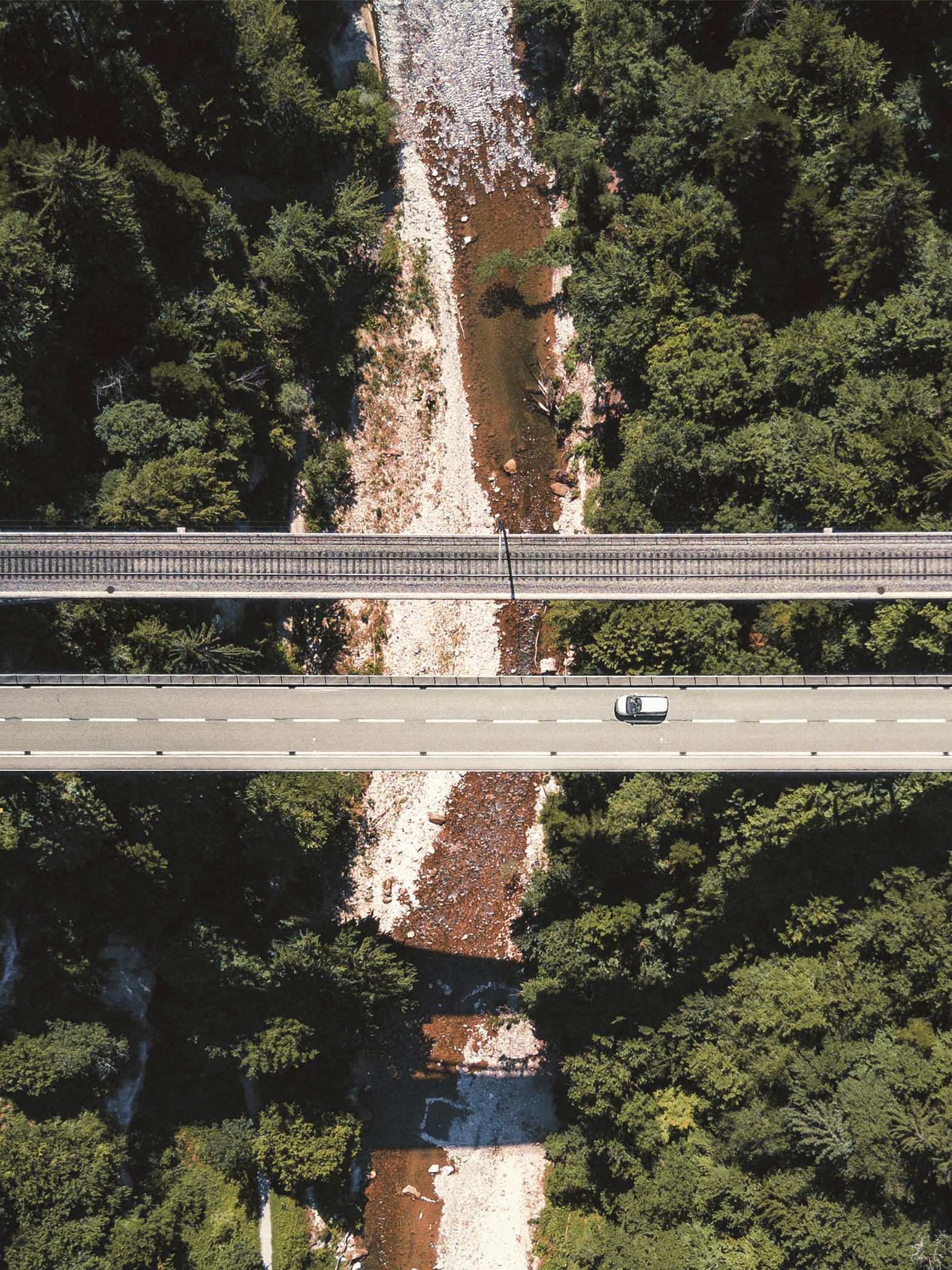 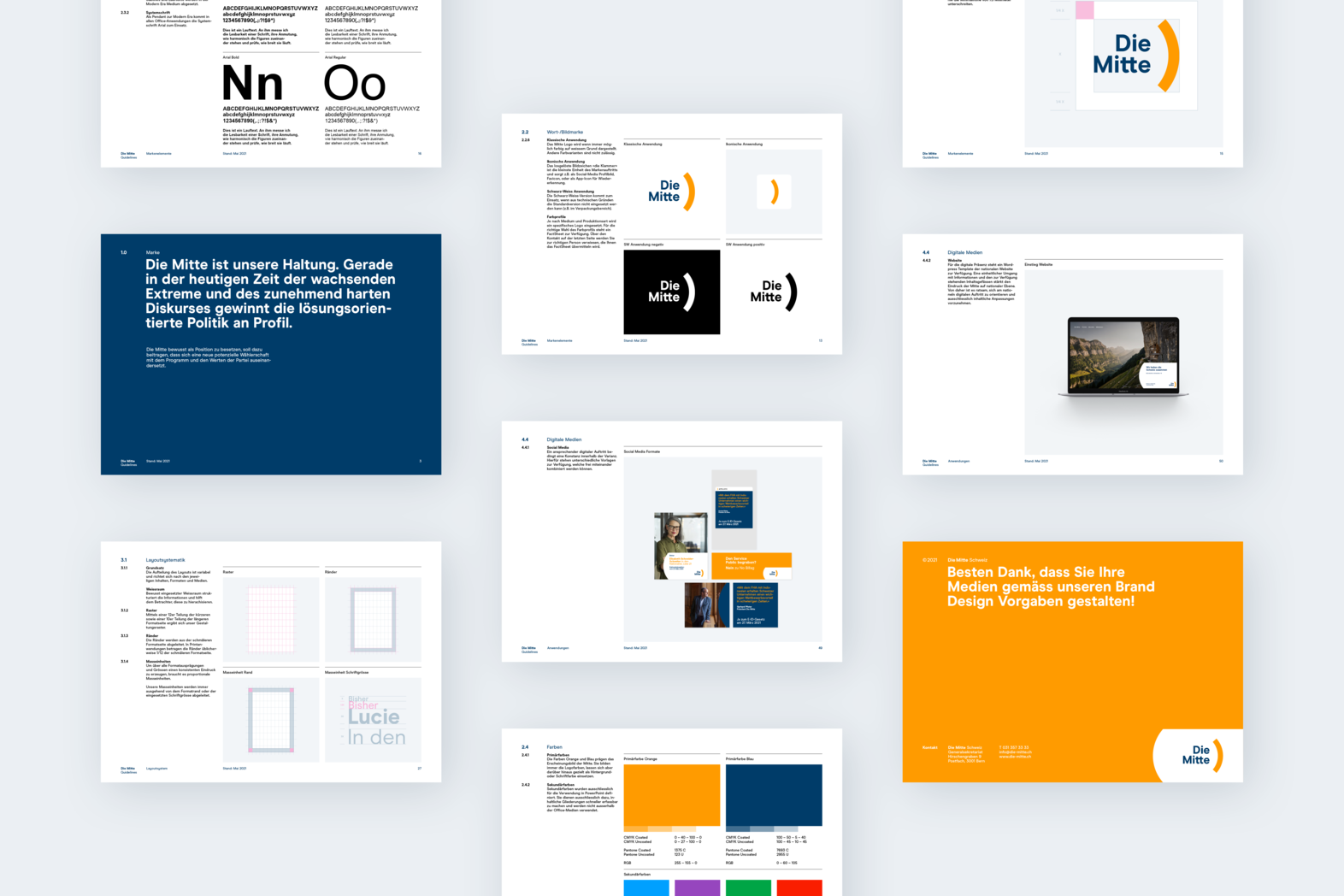 Anne Hathaway and Roger Federer are no match for Switzerland.