Since 1936, Wirz has conceived, visualized, copywritten and implemented countless campaigns for a wide range of clients. Today, we are happy to rummage through the chest of the past and look at older and old work. 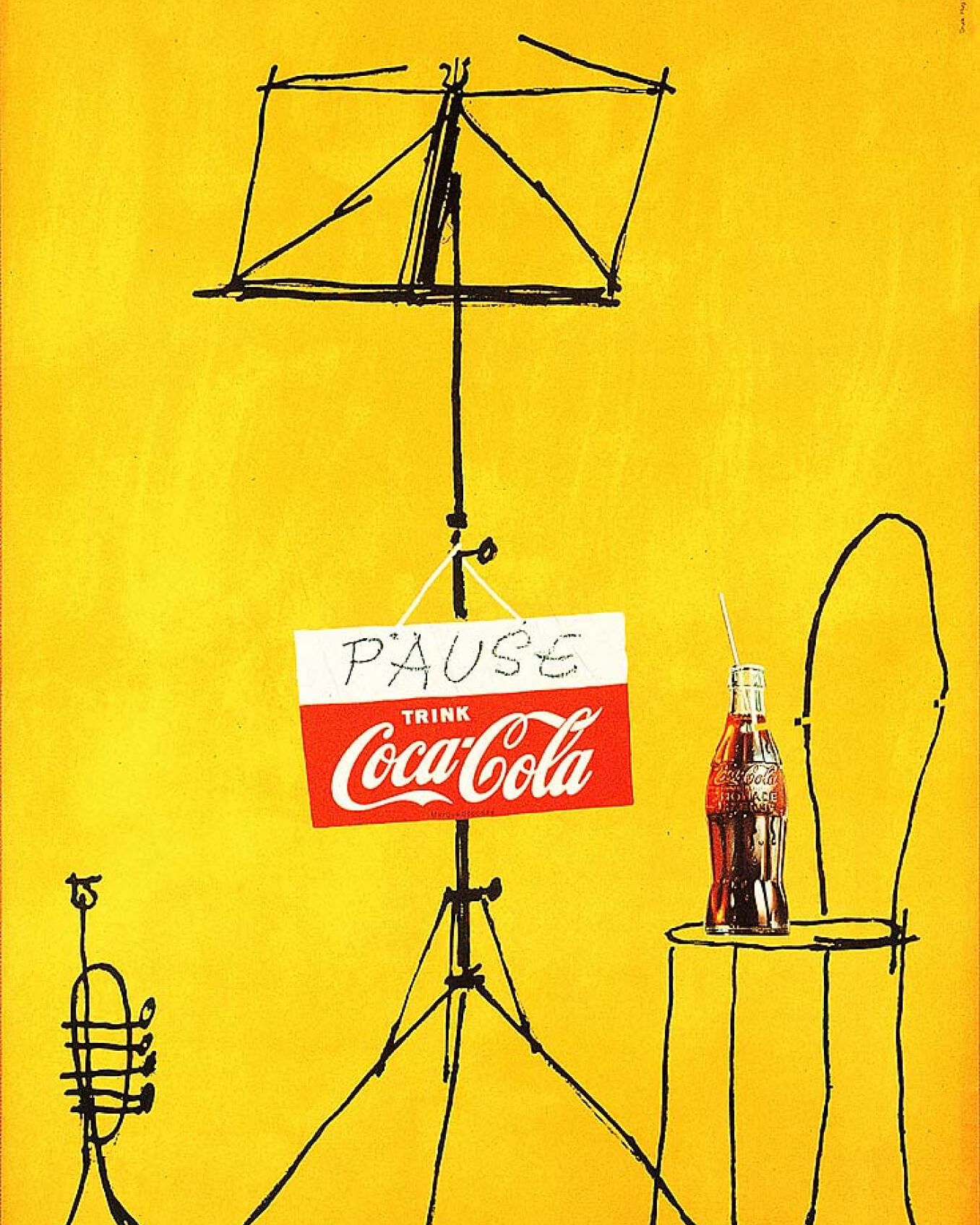 Lorenz Clormann, Executive Creative Director, analyzes a campaign for Coca-Cola from 1953 and tells us how graphic design has changed in recent years and whether a similar poster would still work today.

In 1953, Swiss graphic designer Herbert Leupin was commissioned by Wirz to illustrate the poster for Coca Cola. How has graphic design in advertising changed over the last 65 years?

During that time, ideas often emerged from graphics. There are great examples by Herbert Leupin where a simple image idea became an iconic poster. Switzerland in particular has a great poster and typography past, which has unfortunately been somewhat forgotten due to changing demands on media and messages in classic advertising. But in fact, cultural posters in Switzerland are still on a very high level and continue to set graphic trends.

Is it enough today to produce a collaboration with simple implementation? Do you think such a poster would still work today?

The idea of drinking a coke during the orchestra break would probably be too unsurprising for today. But a simple illustrative realization with a very clear and simple message are the core values of a good poster. And I'm talking about a poster here, not an entire campaign. Comparing this poster to a contemporary 360-degree campaign makes little sense.

Would you still like to be in charge of Coca-Cola today?

Absolutely! Coca-Cola is one of the best-known brands in the world, and the "Real Magic" global communications platform may sound banal at first glance, but it leaves a lot of creative room for maneuver. With the power of such a brand, you could move and change a lot. And what's more, I simply love drinking Coca-Cola and would be delighted to have a constantly stocked agency fridge. 😋

Wirz has changed. It no longer just creates campaigns, but solves business problems - with the power of creativity. In five questions, our co-CEO Petra Dreyfus reveals how she personally experienced the change and why she may even like to be contacted by clients during their vacations.

Creating campaigns for customers. That's not enough for Wirz. Solving business problems - with the power of creativity. That is the purpose. The agency wants to show how this works.

Since 1936, Wirz has conceived, visualised, written and realised countless campaigns for a wide range of clients. Today, we are happy to rummage through the chest of the past and look at older and old work.